Cem Yılmaz frankly disappointed the audience with his films. While everyone was waiting to laugh in the movies, the movies did not make them laugh, and this situation was criticized.
However, Cem Yılmaz also mentioned when he was a guest of Okan Bayülgen on TV100, that the movies were not comedy movies. Stating that he had short stories he wrote years ago, Cem Yılmaz said that he did not shape them in comedy.
At the box office, the films did not receive the attention he expected and I think they went down in history as the least watched Cem Yılmaz films to date.
The cartoon series was sold to Netflix, a virtual media platform. However, Karakomic films did not receive the expected attention on Netflix.
When I watched four short films, they obviously didn’t make such a big impression on me, but when the films are evaluated in terms of production, editing and scenario, they do justice to their name.
The connections between the stories that deal with different subjects are not overlooked. 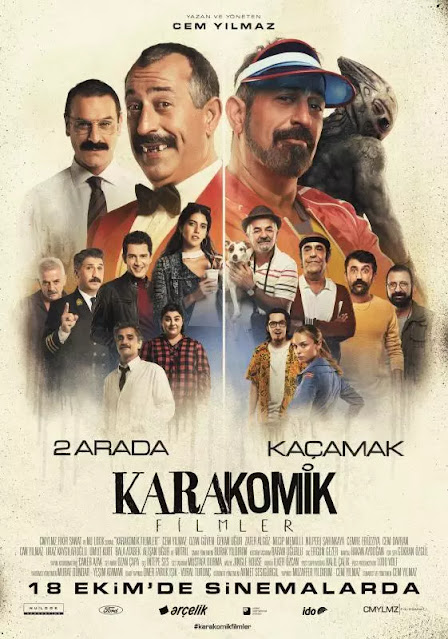 The scenario, which deals with a waiter working on the ferry line, touches on the disappointments that can occur when one does not experience self-awareness, as well as revealing the attitude and ambition of a person who is not satisfied with what one has.
Well… in the story, his father, the governor, did not say to his son “I didn’t say you can’t have a position of authority, I said you can’t be a man” for nothing.
Scenario content: The ferry waiter (I have been on the ferry so many times, I have never seen a waiter serving, they work self-service) exposes all the staff and raises his own position in order to lure the new company manager. Let’s not give more details.

Four like-minded friends are going on vacation, but they’ve all said something different to their spouses. What happens at the resort, of course, is one of the friends is captured by aliens and the other part of the team is trying to save their friends.
Here, too, there is a greed for materialism, revealing humanity’s fondness for money. 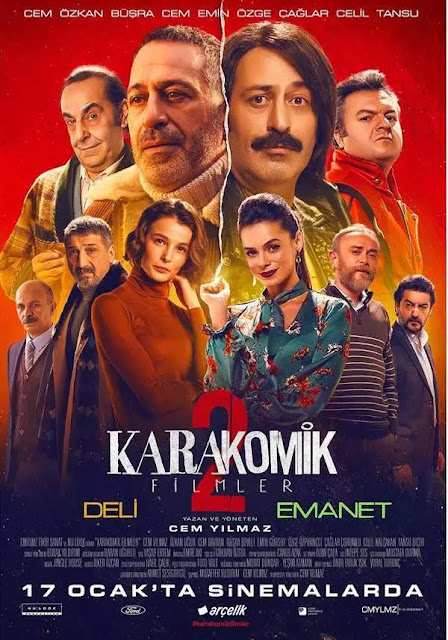 Our dancer, whose father passed away, is coming to Istanbul to participate in the You Are Talent competition. Here, he gets the opportunity to meet the girl he admires in the marriage contest. When the hotel staff that she works for also aspires to this girl, our friend got encouraged and aspires to the girl and is invited to the broadcasting building. Thereupon, while he was waiting to go on the air, a fight broke out between the girl he wanted and his manager, our friend intervened and the girl manager was injured, our friend took the girl and left the building. Our dancer, who is about to send the girl to Gebze, confesses that he loves the girl here, and our girl stabbed our friend in the incident. is moving away.
This scenario, which brings to light the insincerity of people wearing masks and masks, reveals that some things are not as they seem, as in the movies.
As a result, movies are a waste of my time, absolutely no, we watched so many movies that they were worthless, these movies were at the box office, and I can’t say that the others are good or bad just because they didn’t. I think the movies do justice to their names.
Cem Yilmaz comic Comment Film
FacebookTwitterRedditPinterestEmail

The last film of Gupse Özay, who has accomplished successful works in the category of women’s comedy, The Battle of the Eltilerin is about the typical envy between two elites. Gupse Özay, who previously made...