Can you make yourself forget all the judgments you have made?

Today, many different styles of music have started to emerge, and I try to include as much space as possible that I like and think is different. Our guest today is Ekin Beril, a young woman.

Ekin Beril, whose myspace profile I followed years ago, managed to attract attention with the different styles of cover posts he made on Instagram after he entered the Instagram life, and after he moved his music to Youtube, he managed to reach a serious audience.

Who is Ekin Beril?

Ekin Beril, who was born in 1993, started singing from a very young age. He was born in Çanakkale and lived in Çanakkale until his university education. His father and mother are engineers. Bar etc. during the university period in Istanbul. He performed and sang in venues.

He stated that he had an amp, microphone and organ at home, and that he was very interested in these when he was a child and that he saw music as a hobby at first.

Ekin Beril started professionally as Bengü’s vocalist in 2015 and started to see music as a part of her life.

She was first known by music lovers for her videos on Instagram and other social media accounts where only her lips were visible and she was singing.

He received great acclaim with his covers of songs such as Ben How Can I Become a Big Man, Shape Of You, Don’t Think Never, Let Me Go, Budapest, Overload, Gelsin, Elephant Gun, Lace.

Maybe the facts are beyond all the concepts we know.

“Can you make yourself forget all the judgments you have made?”

In an interview with Dreamtürk in response to this question, which he included in the explanation part of his piece called Space Dibi, he talks about what the album wants to tell as follows; Mentioning that the album’s title is Duality (duality), he mentions that many concepts such as light if there is darkness, goodness if there is evil are blinding people’s eyes and the person creates unrealistic judgments, and explains that he has shaped the album in a way that draws attention to this issue.

This album is about a mental journey to question reality in the universe of duality. 6 million years ago, in a galaxy far away, living at the very bottom of space, our hero asks himself some questions about reality, and each question begins to change him and his consciousness. In the end, when there is no trace of himself, there is no question of questions. A window to reality opens and closes.

Without war, we would not be talking about the concept of peace.
Without darkness, we would not know of the existence of light.
Everything we know has its opposite.
Therefore, we perceptually categorize all data to one of the two extremes.
Good-bad, beautiful-ugly, right-wrong, yes-no…
While all these concepts are relative, can there be a single reality?
Nothing I knew then is actually what I knew.

Which one would be right. Which one is wrong?
Even this universe existed with duality
He fought to find peace
There was no other without one
So where was he here?
Maybe it was all just a try
This is what killed people.
If it’s a game, it’s definitely blind
If you can find the answer
With your eyes closed and the truth hidden…
He said I will be almost 30 years old
From the angle I look at, what I know has changed.
I never found it right what did it mean
Tell me what was the answer to the question
“You can’t be sure, your questions were in vain.
You can’t be sure of right or wrong
You’re not sure what you do
You can’t be sure”
What was the point of thinking if I wasn’t sure?
Was time a sign of change?
Was the brain just a memory?
Am I just watching this future?
No no no!
So I’m a big zero then?
It can’t be true!
In other words, I’m a disappearing man, that’s all… 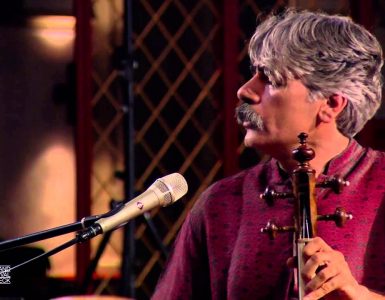 There may be a lot to be said about the Morgenland Festival, maybe words may not be enough, but if we dive deep, I will find myself in an ocean where I will not be able to get out, maybe I will drown in it, so I prefer...